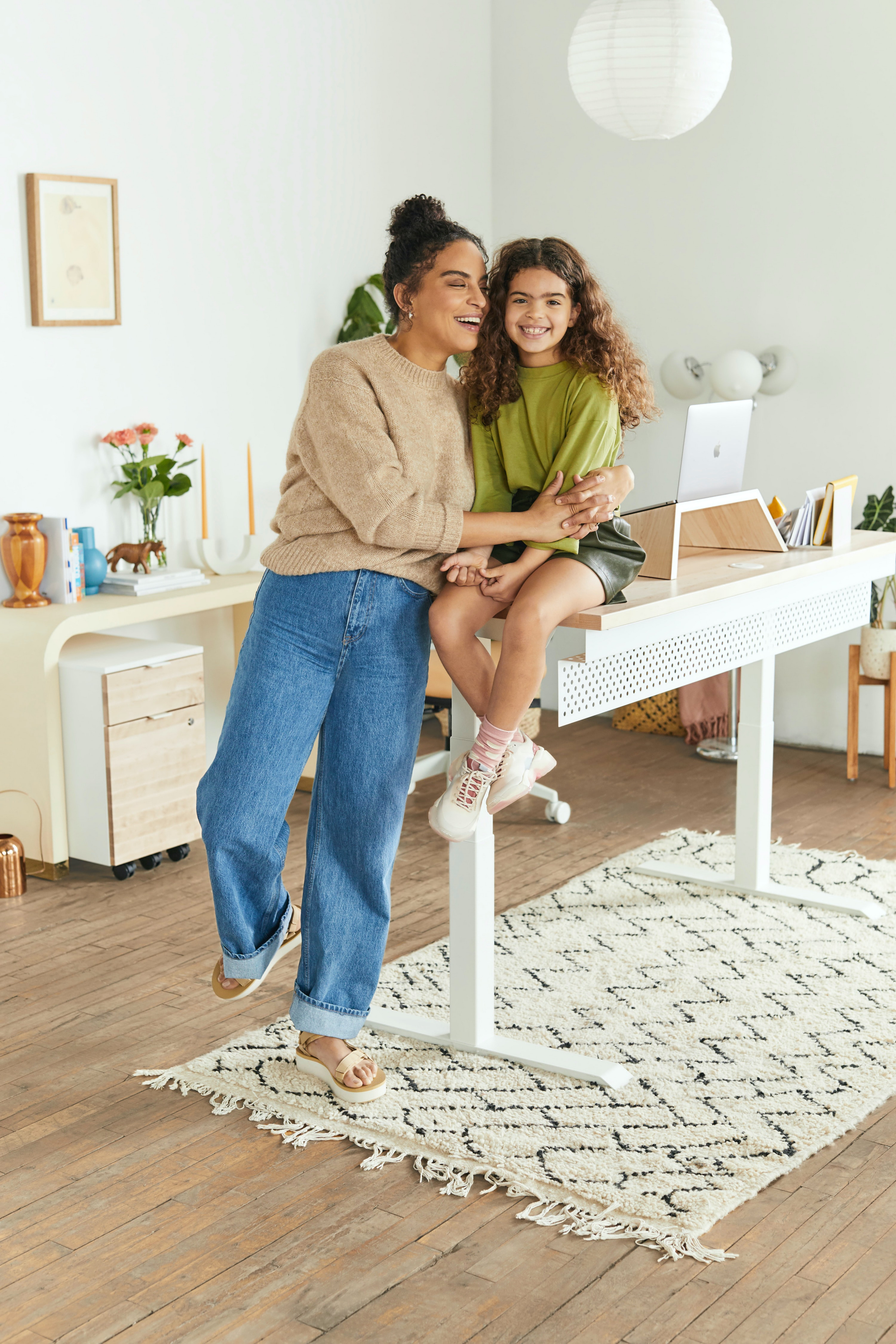 Earlier this summer, I saw a teenaged patient who came in because of pelvic pain and I was impressed by how open and unashamed she was when speaking about her body and her symptoms. I’m so happy to see a new generation of girls and women who are empowered and advocating for themselves. It got me thinking about my own daughter and the things I want to instill in her...

1. It’s not gross or taboo to talk about, it’s important!

From a young age, we have made sure that both of our kids learned the anatomical names of their respective body parts in both languages they speak. We have never used nicknames - we want our children to not be ashamed or grossed out by their own bodies and a huge part of that is normalizing calling a body part by its name whether it is a penis, a vulva or a breast. We take the same approach to teaching them about the changes that their bodies will eventually go through. They are 5 and 7, so we’ve got time to get into more details with them but the message we really want them to hear is that their bodies are amazing, beautiful machines that are capable of incredible things - they should be proud of everything their bodies do and not be ashamed or embarrassed by how it functions. This is especially important for tween and teenaged girls who should be empowered and encouraged to learn about their bodies and how to take care of them, rather than keep quiet and ignore pelvic issues because it is “embarrassing” to talk about. A BBC article has recently been circulating on Facebook saying that experts in the UK are calling for pelvic floor lessons to be added to the sex ed curriculum  for 12-17 year old girls. I love this idea! Lets get pelvic health physios involved in teaching it! I’d love to see this happen in my lifetime!

2. Speak up about changes or new symptoms

I want my daughter (and all young girls going through the crazy hormonal changes of puberty) to know what is normal and what isn’t when it comes to pelvic health, but also what is normal for her own body. A lot of the things I grew up thinking were just a normal part of having a period actually don’t have to be! Cramping? If it’s mild, it’s not a problem. If it’s completely debilitating, it warrants further exploration (might be a tight pelvic floor, might be a hormonal imbalance, might even be a food intolerance!). Same for headaches. A heavy flow in the early years of menstruating isn’t always a cause for concern, but if it continues for a long time, it’s worth investigating (maybe it’s a fibroid or a cyst, maybe it’s endometriosis, it could also just be a hormonal imbalance). Many times, women with heavier periods will have birth control prescribed as basically the only option to control severe symptoms during their periods, but there are other options that should be tried first - seeing a pelvic floor physio and a naturopath or functional medicine practitioner are often my first recommendations. Too often we as women accept pelvic health symptoms as just a part of being a woman. I want my daughter to grow up in a world where this isn’t the case.

3. Having a regular period may seem like a nuisance but it can actually improve your health!

I did my undergrad in Kinesiology (exercise science) so I was surrounded by athletes of all different sports in university. One thing many of the female athletes had in common was that they would purposely use the pill continuously in order to skip their periods during their sport’s competitive season. Their periods were a nuisance and the pill was an easy way around it. To be fair, I loved not having my period while I was pregnant and breastfeeding! One less thing to think about! But the more I study hormones and the roles they play in the function of the female body, the more I’m working on reframing my own attitude toward menstruation. Earlier this year, a study came out that sought to answer the question of whether having a period helps or hinders athletic performance. The study doesn’t specify if the athletes (runners) were purposely suppressing their periods or if their periods simply stopped due to overtraining, but it was clear that those with a regular period had less injuries and a higher training volume than those without a regular period. Another interesting study showed that the female body is better at different types of activities (for example, cardio vs weight training) depending where it is in the menstrual cycle, which is super cool! I’m looking forward to continuing my deep dive into the female hormone research!

Those are the three things I want my daughter to know about pelvic health. The list may get longer as she gets older, but I feel like this covers the basics (it’s not gross, you need to advocate for yourself, pelvic health is important for overall health).

Email ntetreault.physio@gmail.com to reserve your workshop spot or consultation today!